Police in Melbourne are warning teenagers of a recent cracking down on the use of Victorian fake IDs. The crackdown comes in the wake of an upturn in teenagers attempting to enter clubs using fake IDs purchased on internet black markets and dedicated Facebook pages.

Businesses are being encourage as part of the crackdown to pass the details of all offenders over to the police as Deakin University prepares for their O Week celebrations.

While police are trying to target the online retailers of the documents, and with some success, new sellers keep emerging. Inspector Wilmott warned that while fake IDs will always be available to those that wish to purchase them, students should be aware that they will be the held accountable for their use.

While most celebrations were conducted without issue, fights broke out at La Trobe University when a group attempted to gain access despite not attending the university.

Community Liaison Officer Nick Parissis said that one solution was to make students leaders aware of the issue, enabling them to proactively work with police as incidents occurs. 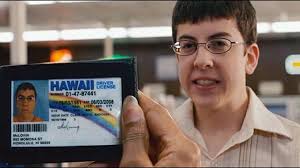 A former Victoria police officer who resigned in 2010 has been denied bail after being accused of selling security passes and police IDs via dark web sites. The officer stands accused of using the Alphabay online marketplace, said to be a like an eBay for criminals, to exchange the Australian and United Kingdom IDs for bitcoin payment.

Undercover agents working as part of the E-Crime squad testified that they had purchased Fake ID in Victoria worth $5,000 from an online seller named “piratedeadpool”, an alias allegedly used by the officer. The items were shipped via Australia Post and often contained extras such as security cards and lanyards.

The agents testified that purchases were made using the secure online currency Bitcoin making them very difficult to track and trace with the resources available to standard police.

It is also thought the accused was offering police issue weapons and communication equipment, but so far detectives have not been able to confirm that activity.

The lawyer for the accused, Peter Baker, claim that the additional items were only listed to entice potential purchasers. He went on to say that the accused had only intended to steal from criminals and was reporting sales anonymously to authorities.

Detective Senior Constable Pye suggested that the fake ID cards from Victoria could be used to gain illegal access to restricted areas of police stations, although conceded that anybody attempting to do so would still likely have to work with a legitimate officer.

Constable Pye also raised the very real threat of terrorist activities making use of the fake IDs to gain access to restricted areas.

Magistrate John Murphy denied bail due to the seriousness of the alleged crimes and the forethought that went into the planning and execution of the sales.